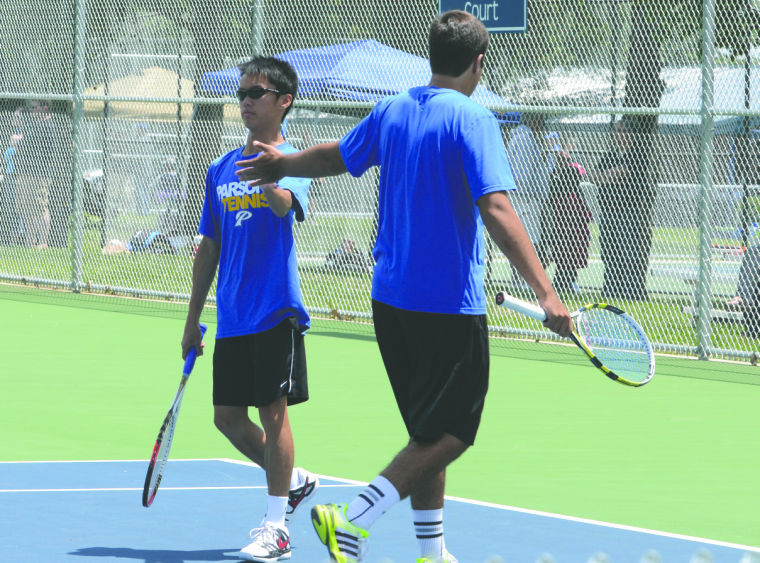 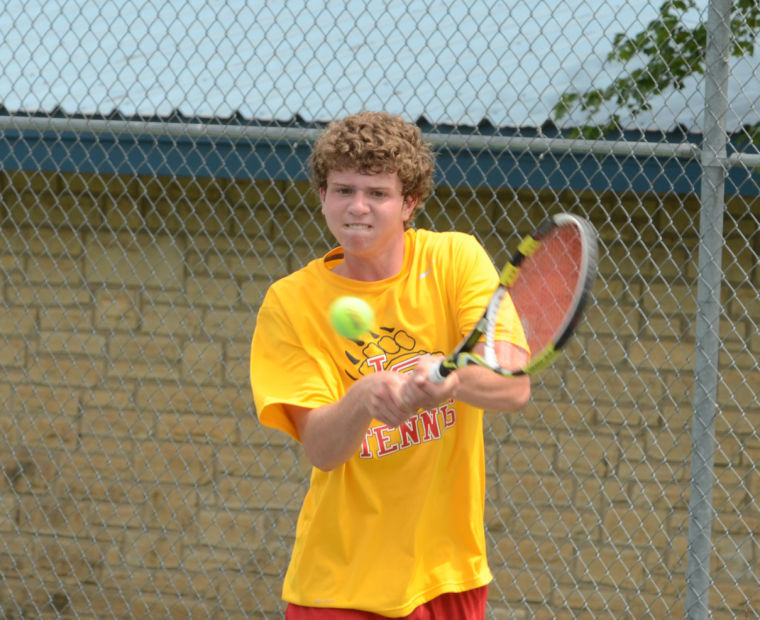 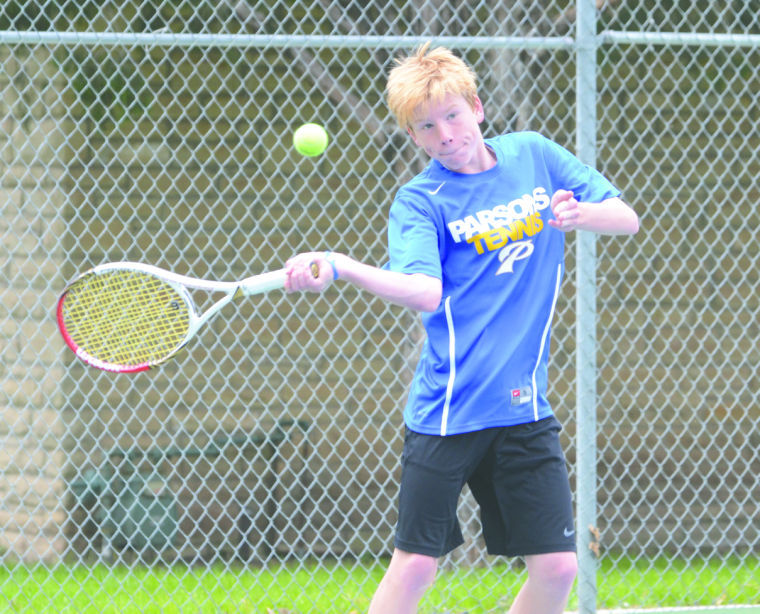 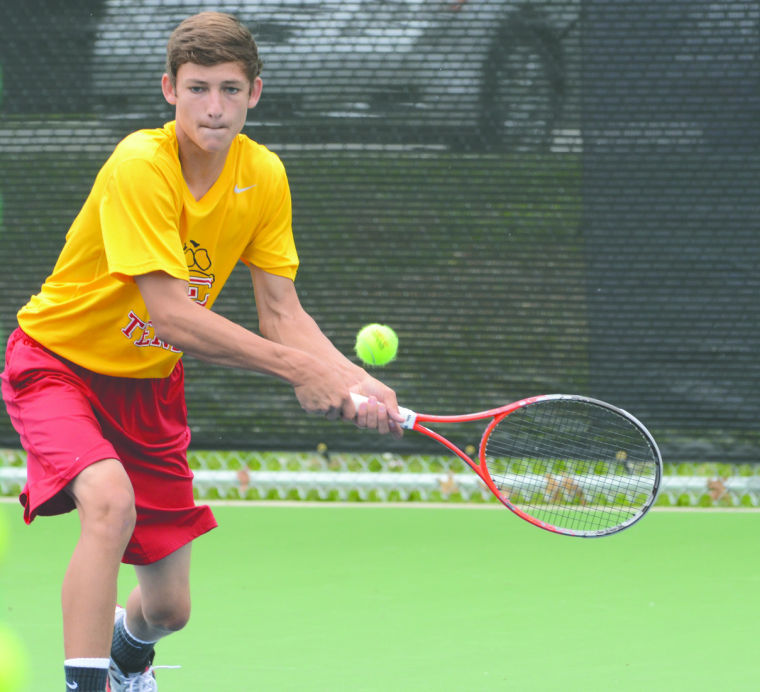 WINFIELD — Parsons High School’s number one doubles team will get one of the 12 doubles medals in the Class 4A state tennis tournament, which began here Friday.

All five players placed high in the regional tennis tournament in Chanute a week ago to earn their state berth.

Benavides and Ho placed second at regionals and earned a bye in round one Friday. They won their second match against Josh Russell and Ben Heath of Hayden High School of Topeka. In their third match, they played a number one seed from the Pratt regional, Cameron Davis and Jacob Thompson of Andover Central.

PHS Coach Jane Posch said during the match with Andover Central that Benavides and Ho were guaranteed a medal in the tournament, meaning they will finish within the top 12 teams. The first round bye and the win against Hayden’s doubles team made this possible.

“This one’s going to be tough,” Posch said of the match with Andover. “This match is huge.”

Davis and Thompson played in Class 5A last year before the school dropped to Class 4A this year. She said Andover Central is used to tougher competition because of this. If Benavides and Ho had won against Andover, they could have placed in the top four. However, the duo lost 6-1, 6-2. The best the Parsons doubles team can do is fifth place, if they make it through the back end of the tournament bracket.

Benavides and Ho will play against Iola’s Bryan Mueller and Colby Works today. The Viking duo defeated the Iola team during the season.

Paul Juesten of Parsons won his first match Friday against Brock Edwards of Wellington. He then went up against nationally ranked Blake Hunter of Hayden and lost. Juesten faced Waugh in his third match and gutted out a win. Both players battled through long volleys before Juesten created points when he needed them.

The loss ended Waugh’s season, his first time at the state tournament and only his second year on a tennis court.

While many of the youth at the tournament may have been playing since they were young, Waugh and teammate Caleb Mathes have only played high school tennis the last two years. Mathes would have played his freshman year, but couldn’t because of an ankle injury.

“(Caleb) convinced me to do it last year. His older brother had done it all four years. This is just Caleb’s second year, too. He’s the one that convinced me to go out for it. We played throughout the summer. It was kind of our goal to get here. I’m just happy to be here,” Waugh said.

Next year, Waugh said he wants to return to the state tournament.

“I’d like to come back and win a couple of matches. At least,” Waugh said.

Spence Allison, LCHS’s coach, said he’s pleased with Waugh’s and Mathes’ performances at the state tournament, especially given their limited years of play.

Juesten: Defeated Brock Edwards of Wellington 6-0, 6-2. Lost to Blake Hunter of Hayden 6-0, 6-1. Defeated Dylan Waugh 9-7. Was ahead of Gage Addington of Fort Scott 6-5 when rain canceled the matches. It will begin again today with Juesten serving. The match goes to nine games.

Posch thinks Juesten will come out on top against Addington today. Juesten’s lost to Addington before, but Posch said things are different now because Juesten wants a medal.

Benavides and Ho: First round bye. Defeated Russell and Heath from Hayden 6-2, 6-4. Lost to Davis and Thompson of Andover Central 6-1, 6-2. Will play today against Mueller and Works from Iola.