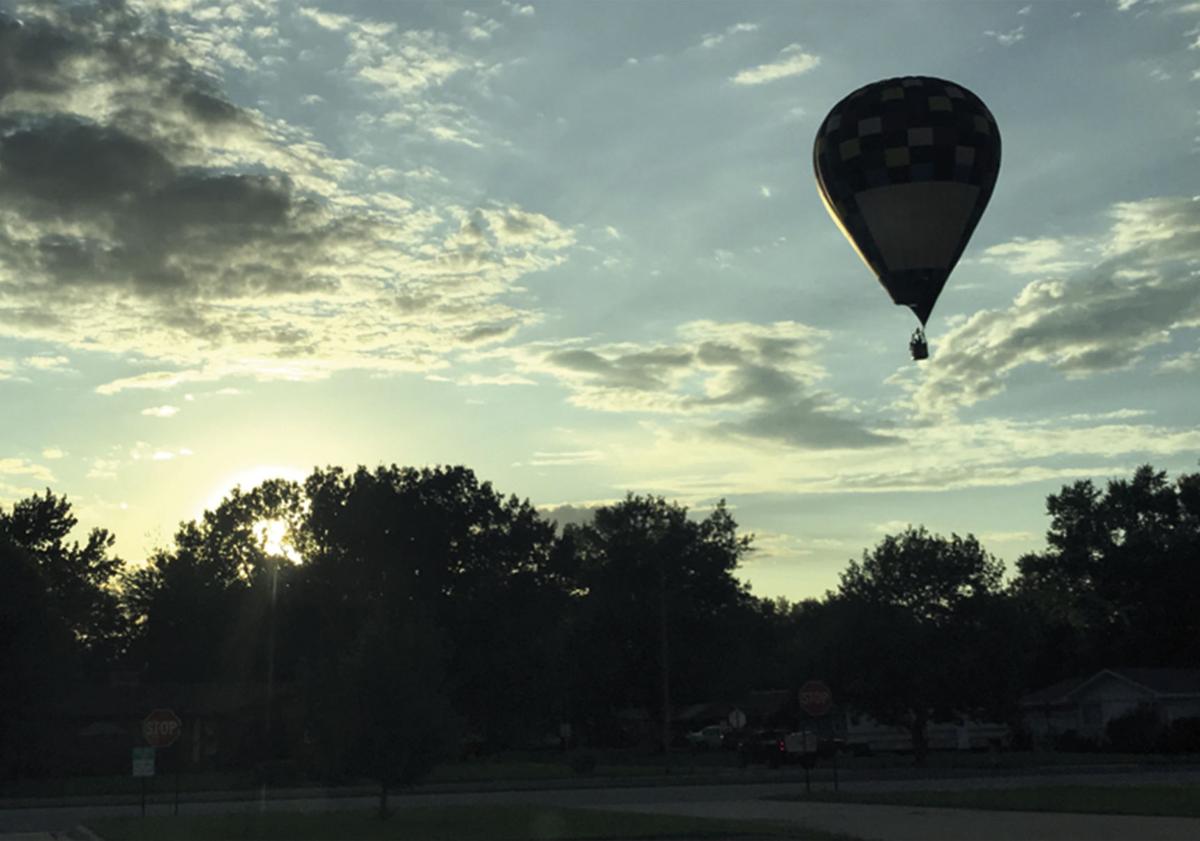 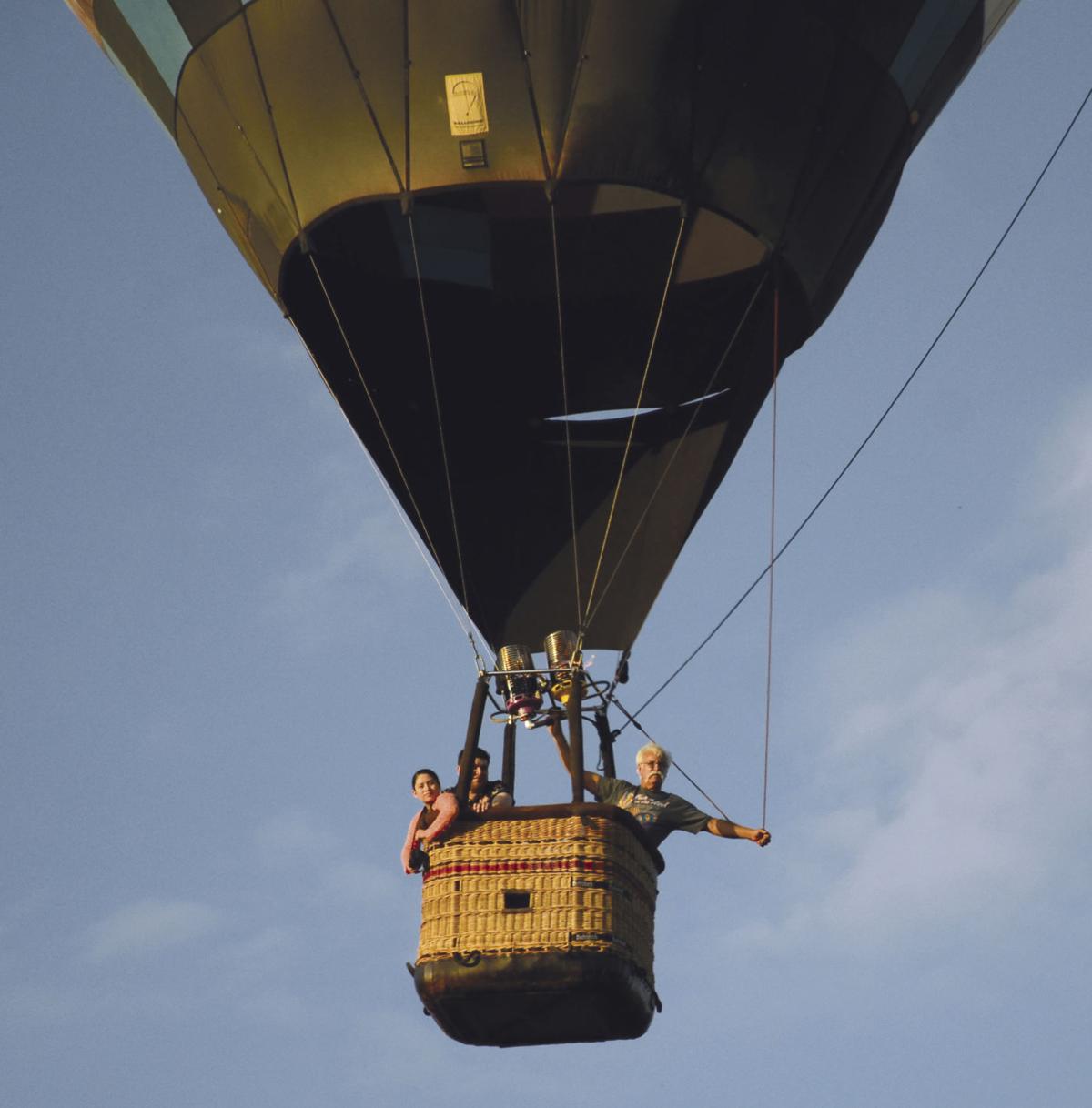 Mario Moreno and his fiancee, Rosa Arellanes, ride with LaPointe near 30th and Appleton. 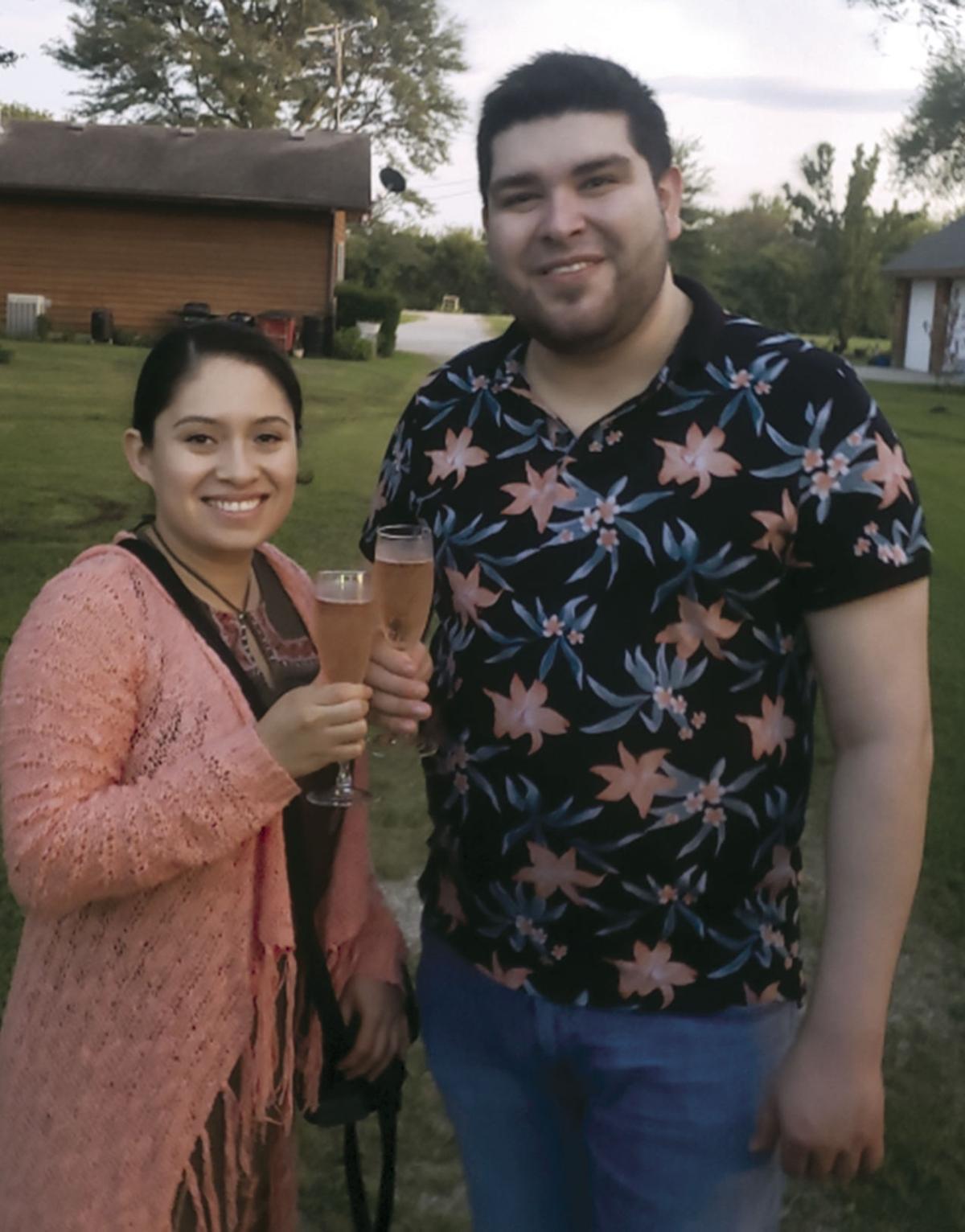 Mario Moreno and his fiancee, Rosa Arellanes, ride with LaPointe near 30th and Appleton.

A Tulsa-area couple had a memorable balloon ride over Parsons Tuesday evening.

The balloon prompted second looks from Parsonians and caused some drivers to pull over and look and photograph, or even follow.

The ride started about 7 p.m. near Walmart. Former Parsonian Wil LaPointe (Balloons Above) took the Oklahomans up in his balloon that has a white tiger on the side. Parsonian Jeff Wolverton was the ground crew chasing the balloon.

After several ups and downs as it drifted southwesterly, the balloon safely landed on property southwest of 32nd and Southern.

Mario said he and Rosa went on their first date 10 years ago Tuesday after she asked him out by scrawling a note on a scrap of paper. He saved that note.

He’d been thinking of a way to propose to Rosa.

He thought of a balloon ride.

“We’re always trying different things and we thought that would be pretty unique.”

Mario wanted the ride to be a secret, so he began planning months ago and found Wil LaPointe. The ride could be in Owasso, Oklahoma, or Parsons. Weather has been challenging in both states between the rain, storms and heat.

Tuesday was the goal to commemorate Aug. 27, 2009, but weather threatened to ruin Mario’s plans. He left Tulsa for Parsons not knowing if the ride would happen and Rosa surely was wondering what was going on. Mario told her he had something in mind, but he didn’t know if it would work out. To further complicate matters, Wil had a fan fail that may have scrubbed the mission, but he was able to work through it. As Mario and Rosa approached Kansas, Wil messaged that the ride was on.

Clyburn on whether Buttigieg is changing minds in SC

These people are begging the world to listen to their plight

“It was literally a leap of faith. We were hoping that it was going to work out,” Mario said.

When they arrived at Walmart, Rosa saw the balloon’s basket.

Mario said Rosa was speechless. “I was not expecting that at all,” she told him.

The final detail was his proposal. He wanted that scrap of paper from 2009. He was going to flip that paper over and write his proposal on the back and present it to Rosa in the balloon. But he couldn’t find the paper and he’d been looking for a while. His mother finally found it last week while cleaning.

In the balloon, at 7:15 p.m. near Main Street, Mario said he proposed to Rosa. She said yes.

Mario said he enjoyed the balloon ride over Parsons.

“It was really cool. I’m not going to lie. I was a little anxious at first when it was going to take off. I could tell there was a lot of things going on,” Mario said.

As soon as the balloon was off the ground, the ride was peaceful and relaxing.

“It was really nice. It was an awesome experience.”

The plan was to land near Parsons High School, but wind didn’t allow that so Wil had to adjust on the fly, Mario said.

“We kind of had to go with the flow, literally,” he said.

Mario and Rosa have not set a wedding date. Mario hopes for a spring wedding.