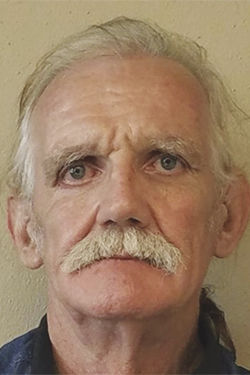 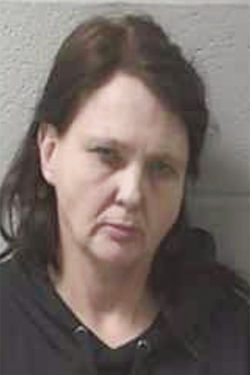 Nina Lee, 50, died Saturday at a Parsons motel. This picture is from the Coffeyville Police Department.

Nina Lee, 50, died Saturday at a Parsons motel. This picture is from the Coffeyville Police Department.

Parsons police arrested a Coffeyville man on Monday on suspicion of second-degree murder.

Donald Collins, 62, was arrested on suspicion of murder in the death of Nina Lee, 50, also of Coffeyville.

Officers found Lee on the bathroom floor unresponsive and began CPR. They continued resuscitations until the Labette Health Ambulance Service arrived and took over. A release from Sgt. Jason Ludwig said the efforts were unsuccessful and Lee was pronounced dead.

Collins and Lee were in a relationship and Collins called 911.

The preliminary autopsy results came back Monday and indicated that foul play was involved in Lee's death. Police continued their investigation and arrested Collins on Monday at Labette Health, where he had been taken after threatening to harm himself or others, police said.

According to police, Collins and Lee were at the motel after being involved in a one-vehicle accident in southeast Labette County. The sheriff's deputy transported the two to the Parsons motel.

Police Chief Robert Spinks would not release the cause of Lee's death at this time. Collins remains in the city jail.

“The individuals involved have no known ties to the Parsons community, and residents should not feel like it was a part of a bigger criminal element,” Spinks said in a prepared statement. "We are looking forward to working with the county prosecutor for a successful conviction.”

This continues to be an ongoing investigation and citizens are encouraged to “see it, hear it, report it.” If anyone has any further information on this incident or any other criminal activity, please contact the Parsons Police Department at 421-7060, the tip line at 421-7057 or email tips@parsonspd.com.