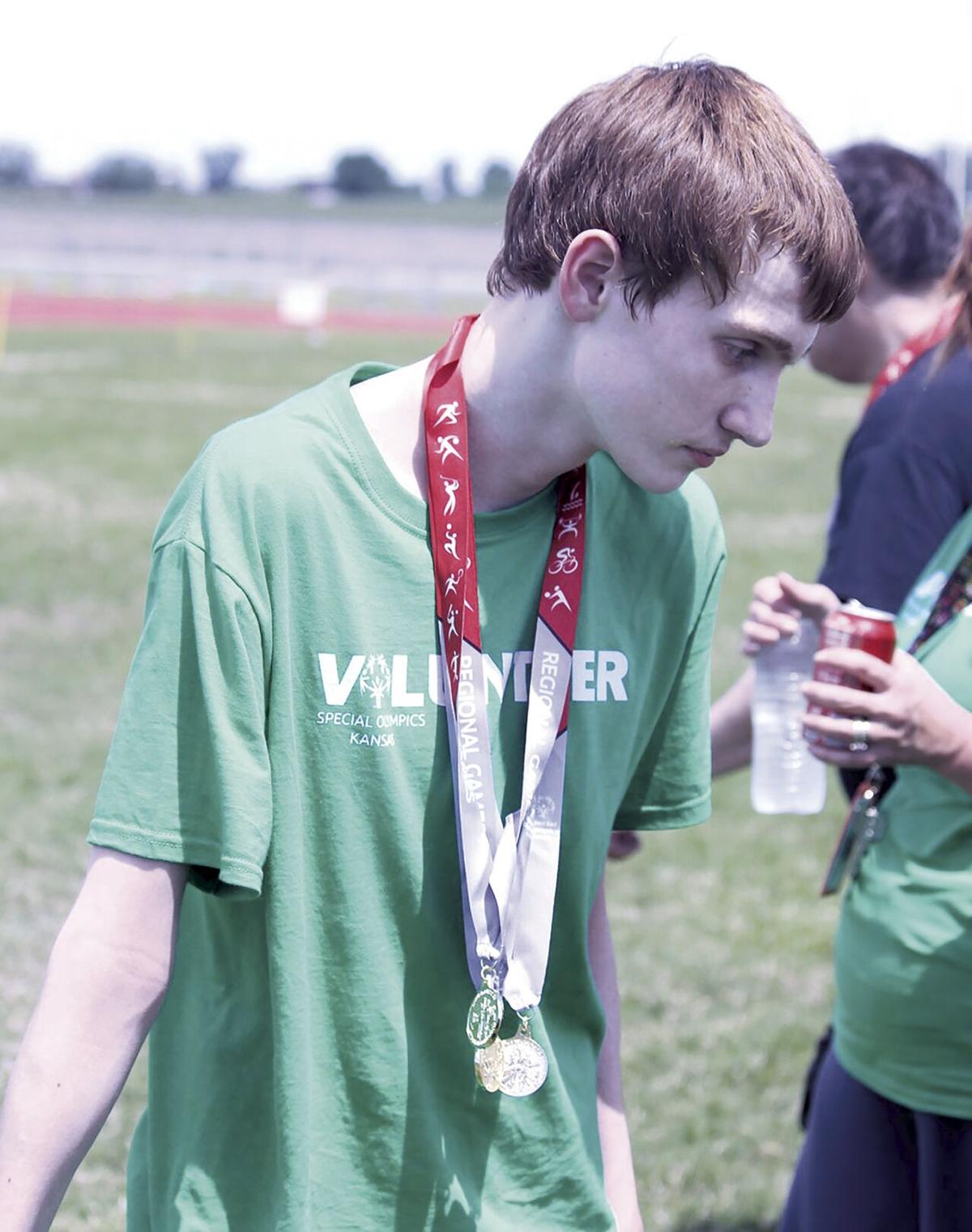 Raiden Colborn proudly displays his array of medals earned at the 2018 Kansas Special Olympics in Erie. 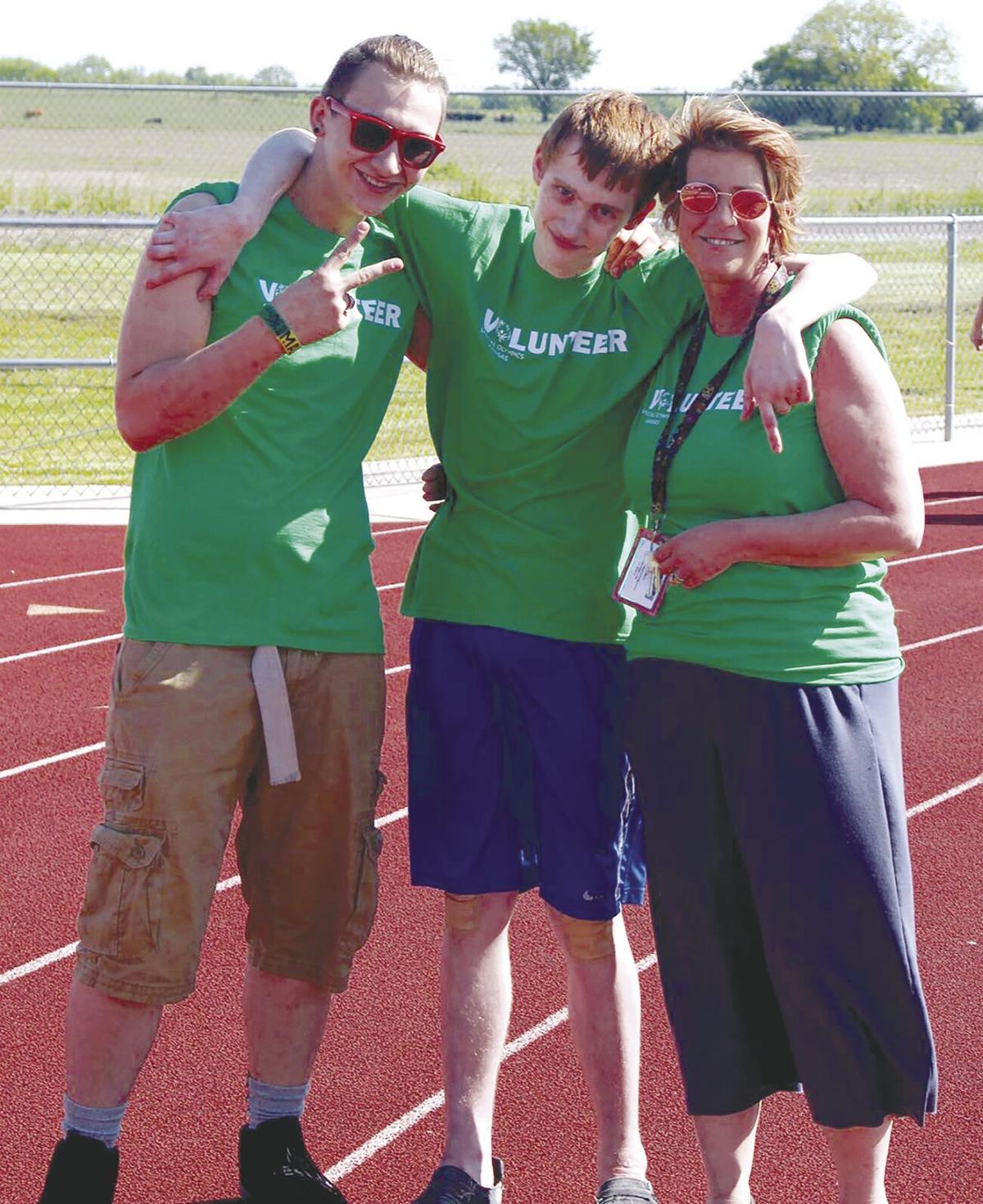 Flanked by his brother and mom, Raiden Colborn flashes a smile after competing at the Kansas Special Olympics in 2018.

Raiden Colborn proudly displays his array of medals earned at the 2018 Kansas Special Olympics in Erie.

Flanked by his brother and mom, Raiden Colborn flashes a smile after competing at the Kansas Special Olympics in 2018.

ERIE — The Erie community is mourning the loss of one of its own.

The passing of Erie High School senior Raiden Colborn on Jan. 6 has had a profound impact on the school district and community as a whole. Colborn was known for his bubbly personality and ability to lift the spirits of his fellow classmates and teachers.

"Anytime we lose a student it's detrimental to the district," said USD 101 Superintendent Troy Damman. "It touches the teachers, students and other parents."

Colborn, who battled long-term health ailments, recently had become wheelchair bound but was known for his ability to rise above physical limitations.

"When we hosted the Southeast Kansas Special Olympics (in 2018), Raiden insisted on walking the track to represent Erie in the opening ceremonies," said Stepanie Stark, Colborn's high school adviser and freshman biology teacher. "It's just another example of how tough and determined he was."

MaryDawn Hawkinson, Erie High School paraprofessional, spent a year and a half working with Colborn before the onset of the COVID-19 pandemic. Hawkinson fondly recalled Colborn's love for sharks.

"He was always talking about sharks and wanted to be an oceanographer," she said. "It was all sharks all the time."

"It broke my heart, but I also know he's in a better place," she said. "He's up there running and talking about sharks. He's doing all the things he couldn't do here."

"Our kids are family," Francis said. "It’s been hard on them and our staff.”

Are Pins or a Cast Better for a Broken Wrist?

Francis said Colborn left a lasting impression on those who knew him.

Stark said that Colborn always placed others before himself.

"You don't find teenagers who are just selfless like that," she said. "Most kids who have been through what Raiden's been through wouldn't have the positive outlook that he had."

Damman said school staff have been impacted as much as students.

"Staff in general are always very close to the student," he said. "Those students are almost like their own child, so they become very close with the kids."

Damman said the district strives for transparency when faced with a crisis or tragic event. He added that the district plans on keeping a watchful eye on those who were close to Colborn.

"So if it looks like they're having a difficult time during the day we'll pull them aside and visit with them," Damman said. "Give them a little bit of time on their own to kind of reflect on their thoughts and feelings toward that individual, to help them feel a little bit more at ease and get through the day. Normally, it's best to go on with business as usual so they're not just focused on the loss but are focused on moving forward."

A celebration of life ceremony for Colborn is at 4 p.m. Saturday (today) at First Baptist Church in Chanute. Stark said Erie students are showing their appreciation for Colborn by raising funds for his funeral expenses. Stark also noted that Colborn's peers are looking to revamp their senior class T-shirt by memorializing him on it.

"There's a lot of things they're doing because they don't want him to ever be forgotten," Stark said.