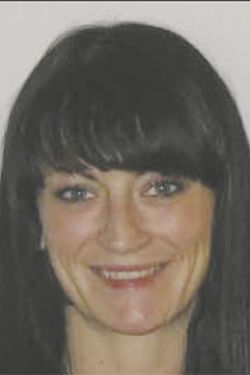 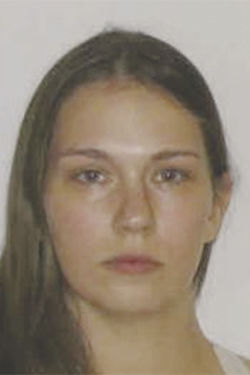 Parsons police have arrested two Missouri women on parole in connection to a string of burglaries that took place in Parsons.

Amber D. Lockard, 38, and Shadaiva D. Benge, 29, were arrested in the 1400 block of Belmont. Both women are on parole in Missouri for previous felony convictions but were living in Parsons. Lockard is on parole for property damage in the first degree and receiving stolen property. Benge is on parole for distribution of a controlled substance and possession of a controlled substance, according to the Missouri Department of Corrections.

Parsons Police Officer Kyle Shields was notified about a string of vehicle burglaries the took place at Cardinal Villas, the Labette Community College dorms between Broadway and Main, and surrounding areas from approximately two weeks ago. During the burglaries a debit card was stolen and subsequently used at Walmart, 3201 N. 16th. Officer Shields was able to review videos from both incidents and determined that the same suspect on video at Cardinal Villas was the suspect using the stolen card at Walmart. The Walmart video led Officer Shields to a vehicle that was used by the suspect. Shields was able to locate the vehicle through an abandoned vehicle tag issued by police.

Shields found the names and a possible location and tracked the suspects to a house in the 1400 block of Belmont. Shields was able to speak to the owner of the residence and learned that the potential suspects were present. He received consent to search for one of the suspects and during the search he noticed items that were reported as stolen from the Cardinal Villas, a release from Parsons police said.

A search turned up a large quantity of stolen items in the home, along with illegal narcotics and paraphernalia. One of the suspects was hiding in the attic under insulation to avoid capture but was located and arrested without incident.

“I want to congratulate Officer Shields’ fine work and dedication to his job. This kind of hard work and determination is what police work is all about, and Officer Shields exemplified excellence in this case,” Parsons Police Chief Robert Spinks said. “Being able to close numerous cases is difficult in itself, but piecing this large of a puzzle together is an awesome feat. I want to remind the citizens of Parsons to report all criminal activity that you witness or are a victim of. If victims would not have filed reports, then officers would not have been aware of what items to look for when conducting an investigation. This is a huge win for the community, the department and Officer Shields and his shift.”

The victims of the burglaries are still being contacted to have their property returned, Police Sgt. Jason Ludwig said. Lockard and Benge remain in custody and charges are pending.

This continues to be an ongoing investigation and citizens are encouraged to “see it, hear it, report it.” If anyone has any further information on this incident or any other criminal activity, please contact the Parsons Police Department at 421-7060, call the tip line at 421-7057 or email tips@parsonspd.com.