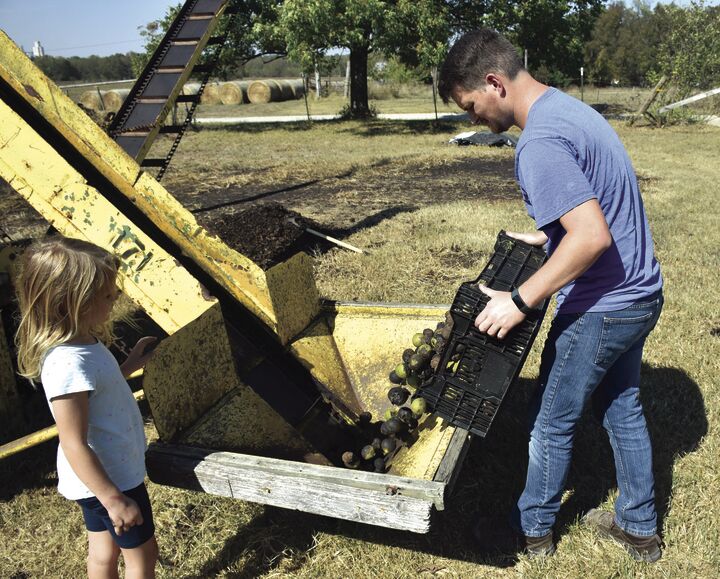 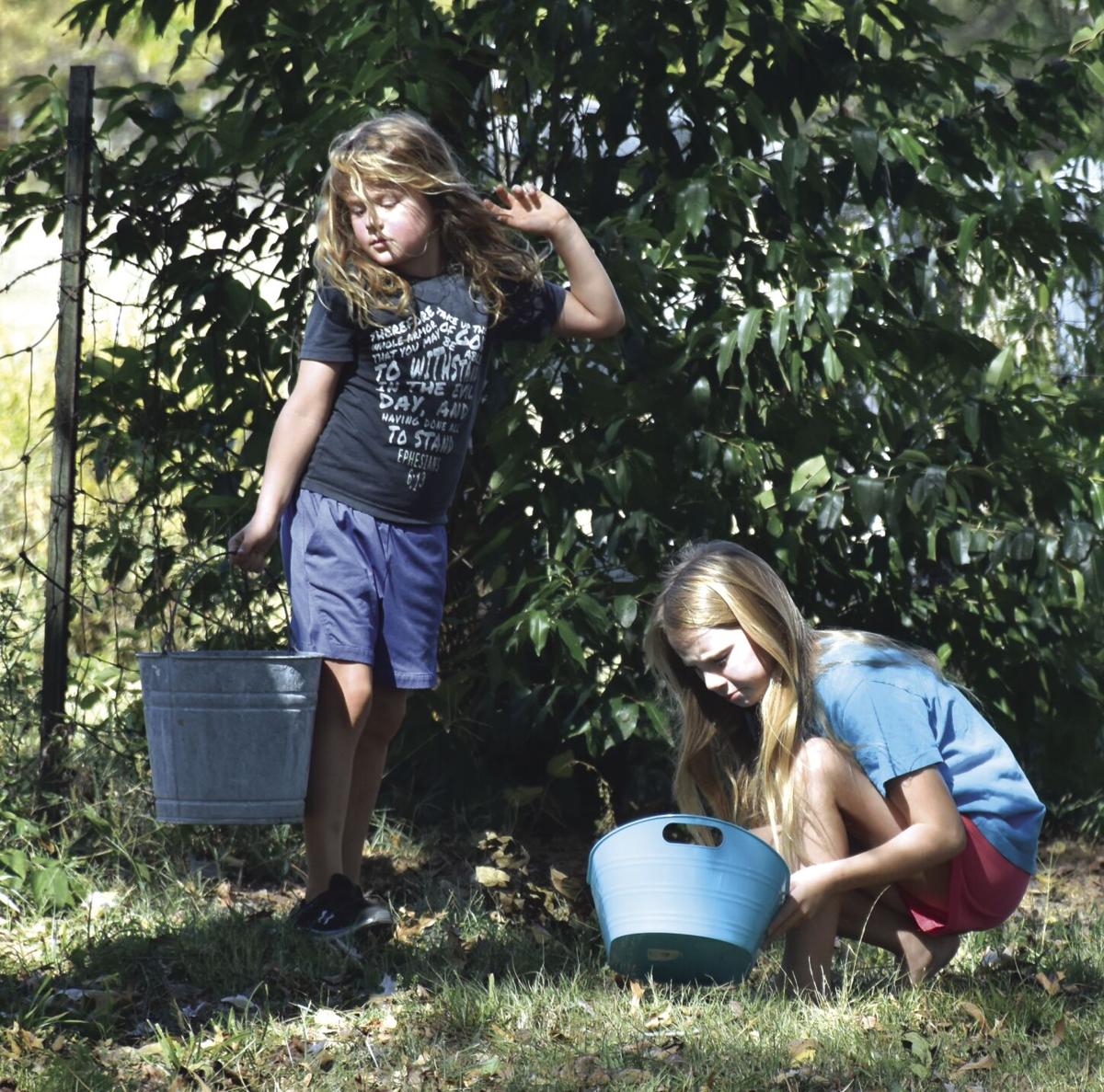 Melody Weatherford (left), 7, and her sister, Waverly, 9, collect walnuts Friday for hulling at their Oswego home. 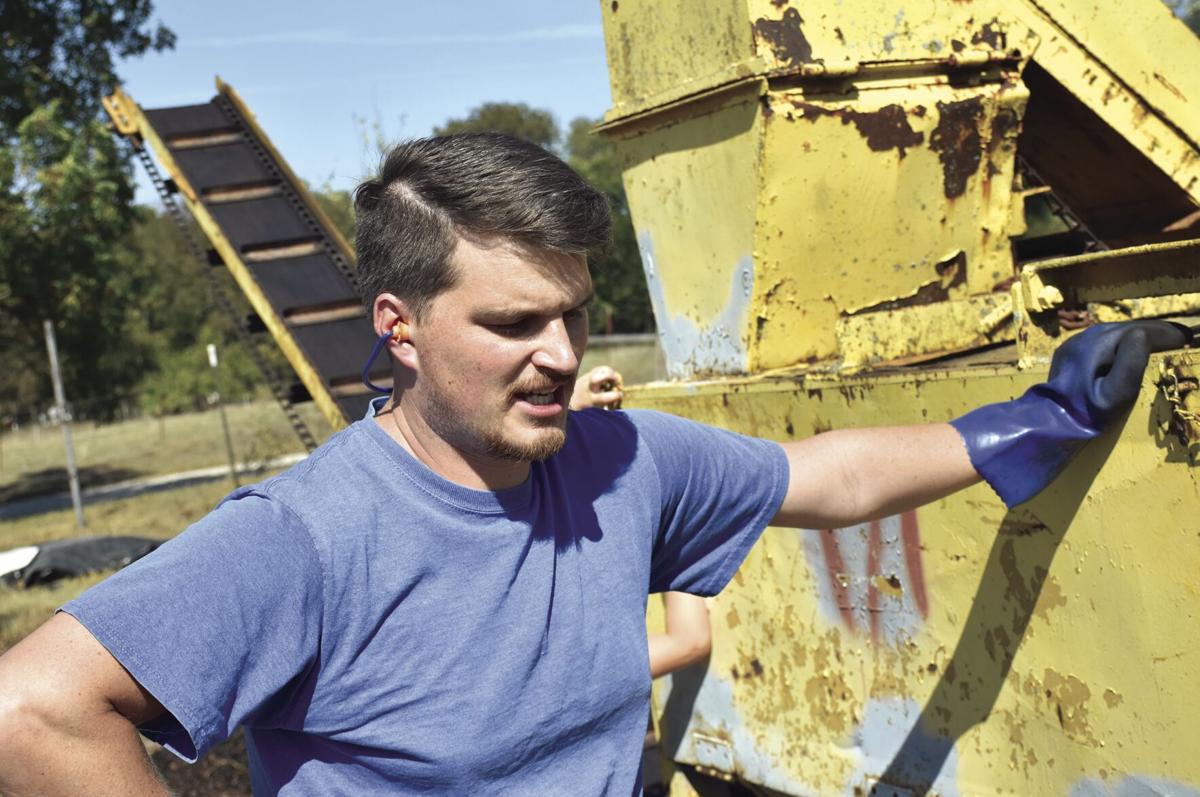 Mark Weatherford of Oswego explains how the hulling machine works on walnuts. 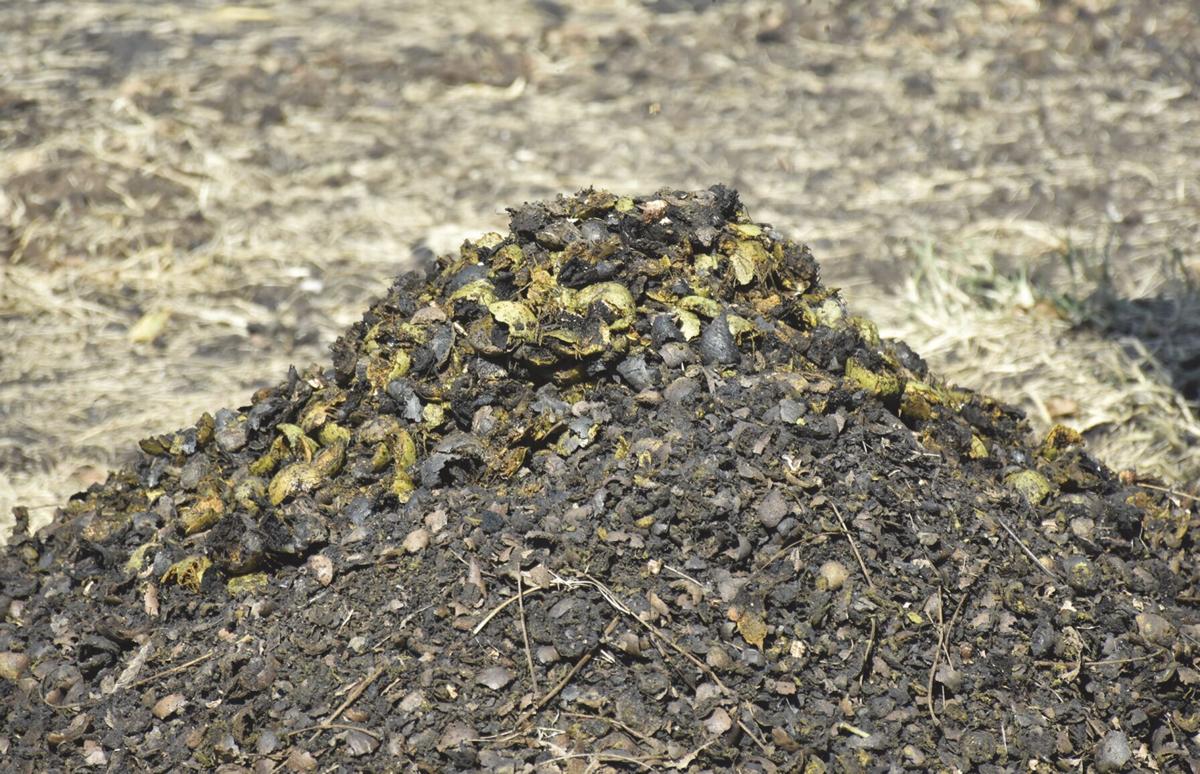 Weatherford has used the hulls removed from the walnuts for compost for his gardening.
1 of 4

Melody Weatherford (left), 7, and her sister, Waverly, 9, collect walnuts Friday for hulling at their Oswego home.

Mark Weatherford of Oswego explains how the hulling machine works on walnuts.

Weatherford has used the hulls removed from the walnuts for compost for his gardening.

OSWEGO — Mark Weatherford is starting his fourth season as a black walnut huller for a Missouri company, and he pays people who harvest the nuts 20 cents a pound for the final product.

The final product is the traditional black walnut that is bagged on Weatherford’s property and trucked in November to Hammons Black Walnuts in Stockton, Missouri. The harvesting season has begun, but most nuts remain on trees. Weatherford said harvest traditionally starts Oct. 1 and he will accept harvested nuts by appointment until Nov. 7 at his home business, 2341 11500 Road, in Oswego. Harvesters — the people who collect the walnuts from the ground — may call him at (620) 644-9862 to schedule the appointment to deliver nuts to him for processing during business hours of 3 to 7 p.m. weekdays, 8 a.m. to 7 p.m. on Saturdays and 3 to 7 p.m. on Sundays.

“There’s a lot of the public that doesn’t know this is even a thing, even though they live in the region it is happening in. I just got to educate people that they can make money on them,” Weatherford said.

As a gauge for volume-to-pay, a 5 gallon bucket of walnuts in their hulls will bring more than a $1, he said. A mature tree can produce up to hundreds of pounds of nuts in a good season.

He hopes harvesters in and around Parsons, where black walnut trees are plentiful, will bring walnuts down for processing.

Instead of tripping over the green or blackening globes in your yard, around the farm or in the pasture, collect and deliver them to Oswego, he said. Weatherford said he’s received up to 1,500 pounds of nuts in one haul from a harvester. One family harvested 7,000 pounds — the weight after processing — in a season and used the money to pay off a vehicle, he said.

He said a lot of retired people harvest black walnuts to stay busy. Youth do as well.

“It’s a good family activity. I have a lot of families that go out and pick as a family and go out and do something fun with the money,” Weatherford said.

Weatherford said he gets questions sometimes about when to bring the walnuts in. The walnuts have green hulls when they fall from trees. Hulls turn black as they begin to break down. The trick is to pick them up as soon as possible. The processing machine knocks these hulls off and drops the black walnuts into a bag.

“They’re ready when they hit the ground. That’s all you got to remember,” Weatherford said.

Huller-operator is a part-time job for Weatherford. His full-time job is at Tank Connection in Parsons.

On Friday, he had his three girls, Waverly, 9, Melody, 7, and Elowen, 5, gathering walnuts to run through the processor. They, too, get paid 20 cents a pound for processed nuts.

The final product, once it’s processed further by Hammons, can be found in grocery stores. Weatherford said Hiland lists Hammons black walnuts as an ingredient in some ice cream. Braum’s Ice Cream and Dairy Store also has a walnut ice cream that uses them, he said.

“They rely on a completely wild crop,” Weatherford said.

Between now and early November, Weatherford hopes for a good season. In the first three seasons he estimated he’s processed an average of 20,000 pounds of walnuts a year.

He hopes harvesters will continue to find his business in Oswego. He has a Facebook presence under Hammons Black Walnuts - Oswego, or WeatherfordWalnuts. His name is listed on the Hammons website as well. There are also huller-processors in Thayer, Garnett, Bronson, Fort Scott, Perry and Winchester.

“Most people up there don’t even know I exist. They probably don’t even know the guy in Thayer exists,” Weatherford said. Most people just collect the walnuts in their yard and dump them so they don’t trip on them. They may not realize that Weatherford and others will pay for that product. “I think there would be a lot of people who would be happy to know that.”