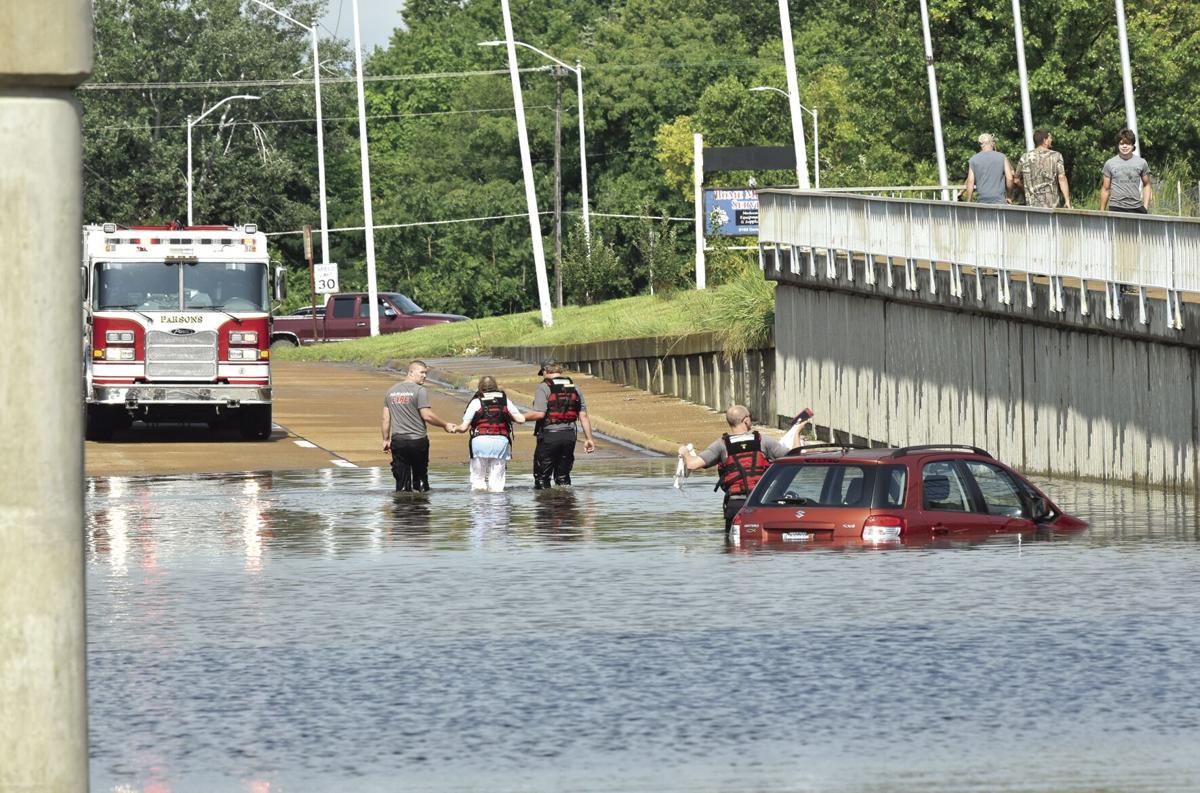 Parsons firefighters escort a woman to dry ground after she drove into the flooded railroad underpass on Corning Friday morning. 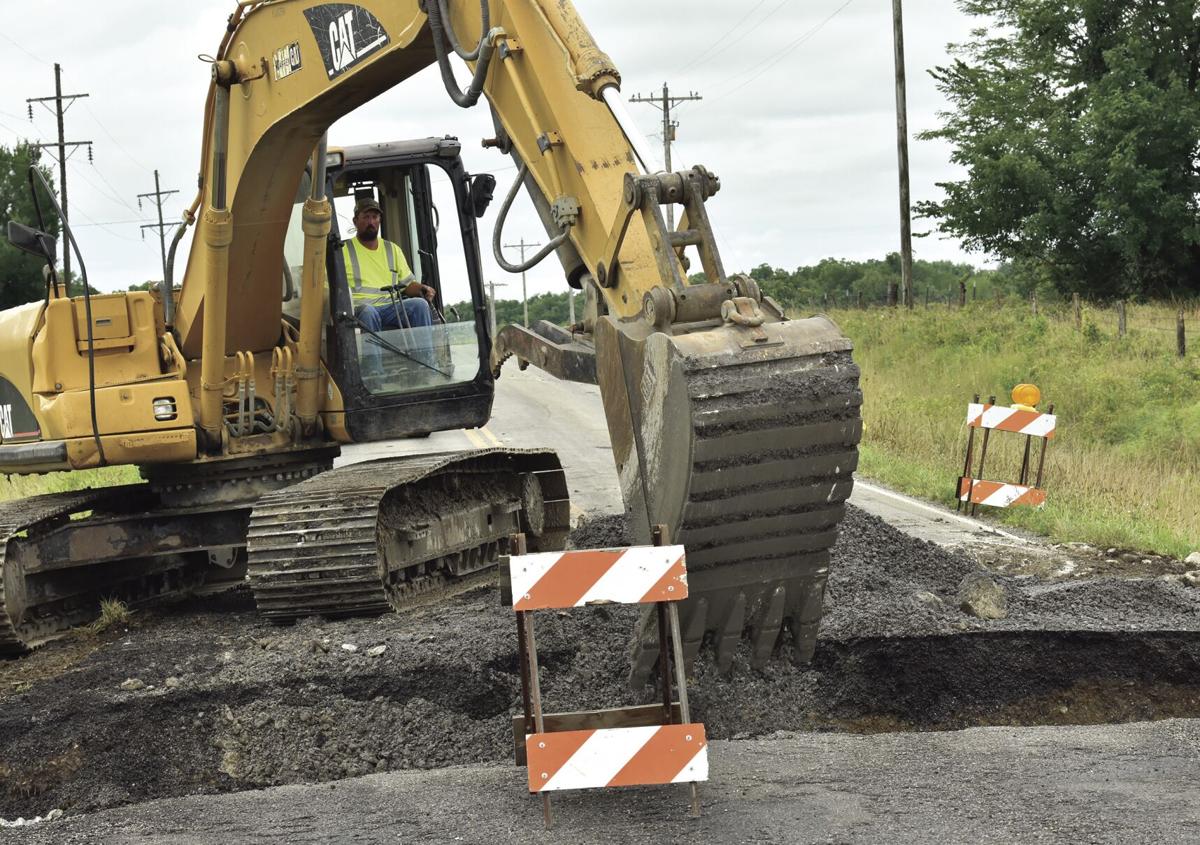 Parsons firefighters escort a woman to dry ground after she drove into the flooded railroad underpass on Corning Friday morning.

The 6 to 10 inches of rain that fell overnight in the Parsons area caused flash flooding around creeks and tributaries and the neighborhoods near them.

Many Parsons city streets were barricaded to keep drivers out of high, swift water, though some ignored the warnings and drove through anyway. Railroad underpasses on Corning and Main streets flooded and remained closed late Friday afternoon.

The city is working on a plan to replace the 1970s-era pumps that drain the Corning underpass. Only one of four pumps installed there was working recently. The Union Pacific Railroad maintains the newer pumps on the Main Street underpass. In a recent flooding event on Main, the pump controls weren’t working properly, city commissioners heard recently.

Little Labette Creek that flows south of Southern Avenue flooded, too. It flooded the Evergy substation in the 2400 block of Southern so power had to be shut down to the substation and rerouted for customers, Labette County Emergency Management Director Charlie Morse said. Power was out about 90 minutes. Water also began flowing over Southern.

Parsons Police Chief Robert Spinks said the old railroad dike in Glenwood Park was breached in an area north of Southern. This impacted draining for Glenwood and water swept into the industrial park.

Parsons firefighters were busy since early Friday morning helping rescue drivers in high water and people from flooded homes and campsites. A summary of the work was not available on Friday afternoon, Fire Chief Kenny Ward said. Parsons firefighters rescued a woman who drove into the high water of the Corning underpass about mid-morning Friday.

Labette No. 9 Fire District conducted three rescues Friday morning, some in the area of Lyon Road and north of 24000 Road. They set up a pumper truck on 24000 Road later Friday morning to keep people from driving through the swift water crossing the paved road. A barricade was placed west of the former entrance to the country club. People still drove through, however.

Water draining from a field on the east side of Wallace Road between 22000 and 20000 roads dislodged a recently installed whistle pipe under the paved road. Wallace Road was closed most of Friday for Labette County Public Works to return the pipe to its original spot and fill in around it again. The gravel that held the pipe in place washed into a pasture and toward a tributary on the west side of Wallace. Gravel will cover this repair on Wallace until the road dries enough for it to be paved, Assistant Public Works Director Ralph George said.

Five pipes were replaced under the road in this 2-mile stretch and only one of them was impacted by fast water.

George thought the rock around this pipe may not have had time to set up enough before the flood. The end of the 48-foot pipe was pushed against a barbed-wire fence on the west side of the road. Public Works leadman Roman Goedeke used a track hoe to move larger rock and gravel around the pipe to hold it in place.

Pelosi explains why she rejected GOP lawmakers from January 6 committee

Spinks said police helped up to 12 people who had to leave their homes because of high water.

He said police also on two occasions had to remove teenagers swimming in the floodwater in the Main Street underpass.

He urged drivers to be cautious and drive slowly around the city, especially if driving near streets that flood. The city put up a number of barricades and the barricades do not all have lights on them.

He said the railroad is not governed by the police department and can block intersections as needed to move trains.

Morse said he helped the people who had to leave their homes in Parsons with a hotel for the night and is working with the American Red Cross to get them assistance.

He said he had sandbags ready if needed to protect the Parsons wastewater treatment plant Friday. But the high water receded, so they were not needed.

Morse said he will be asking county commissioners to approve a disaster declaration on Monday.