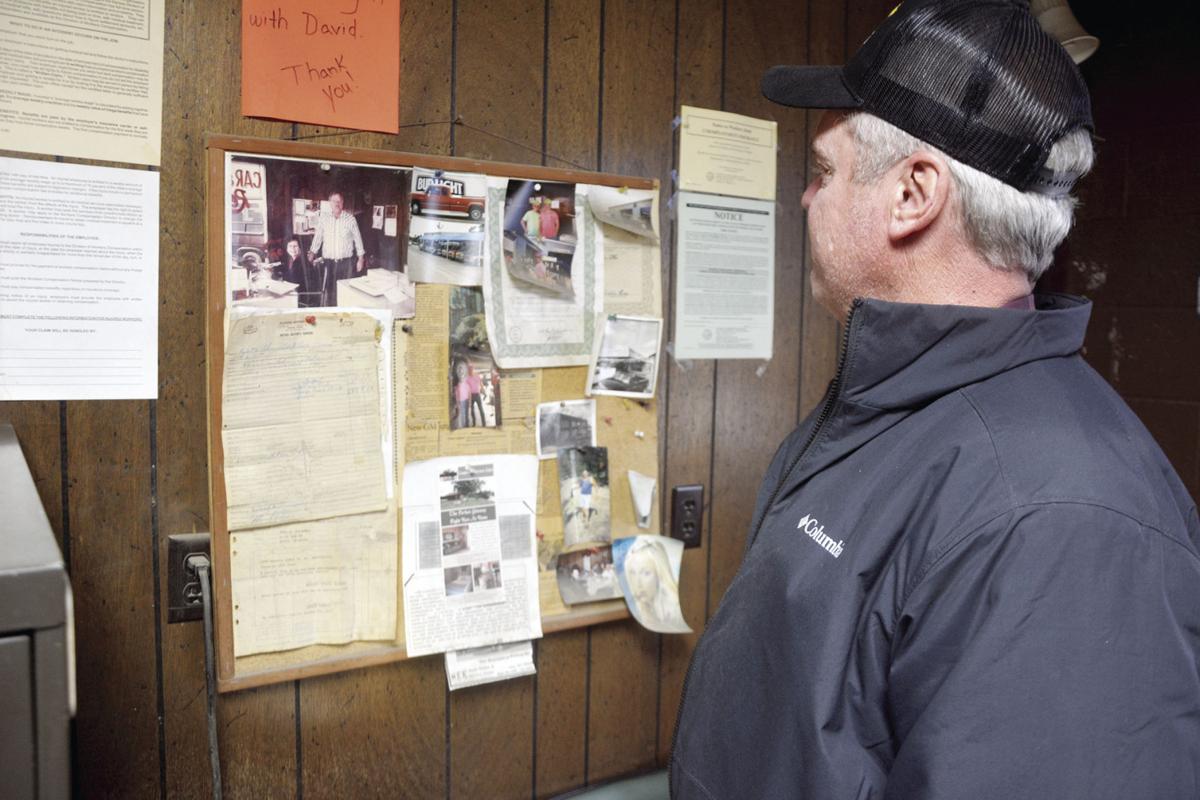 Owner David Stice looks at a bulletin board at SEK Auto Sales that displays photos and documents from the earlier days of the business, which is celebrating its 50th anniversary. 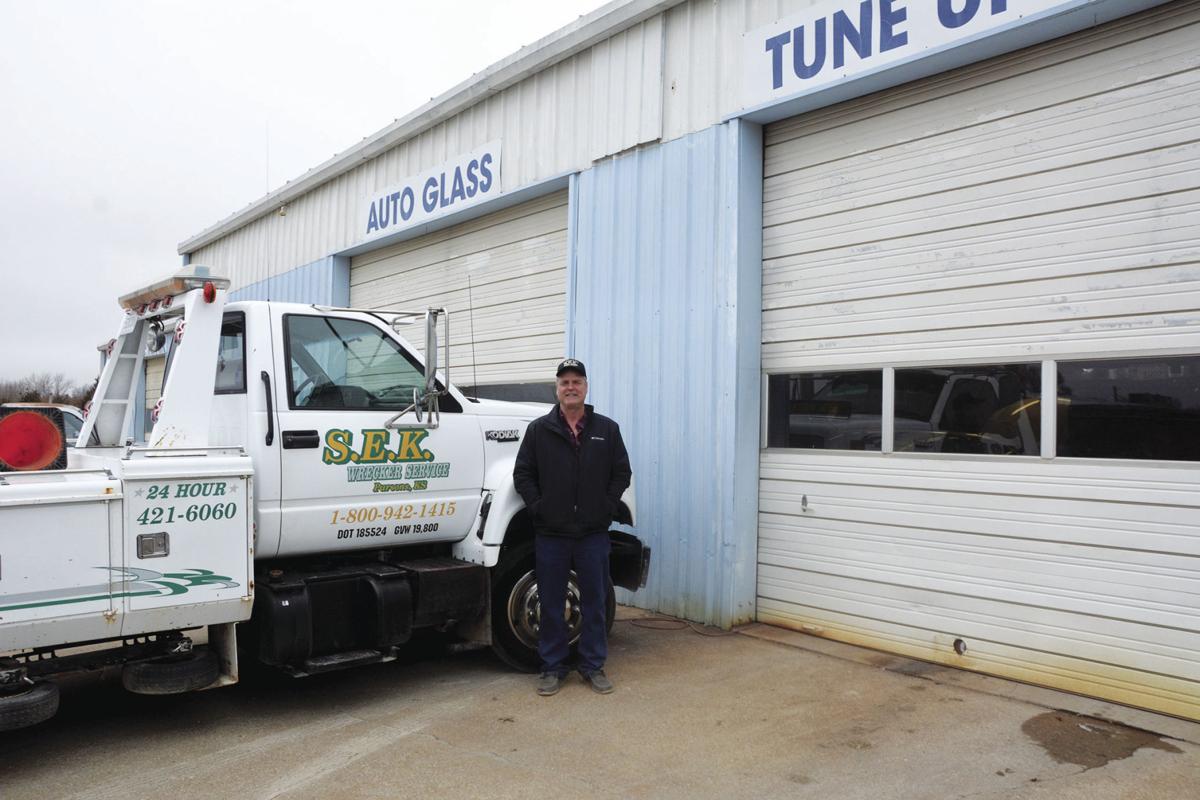 Owner David Stice stands beside a tow truck outside the SEK Auto shop.

Owner David Stice looks at a bulletin board at SEK Auto Sales that displays photos and documents from the earlier days of the business, which is celebrating its 50th anniversary.

Owner David Stice stands beside a tow truck outside the SEK Auto shop.

Owner David Stice cited those factors as the reasons the used vehicle sales and service company is celebrating 50 years in business this year. Having great employees also has helped, Stice said. All of his workers have been at the business for at least several years — and some much longer.

“I’ve got two who are nearing 30 years of employment with us,” Stice said.

Richard Hayward, office manager, has been with the company for 29 years, and Danny Kepley, one of the top mechanics, has been working for SEK Auto for 28 years.

Stice’s parents, Kenny and Doris Stice, opened the business in December 1969 along with business partner Bob Ellis. A few years later, the Stices bought Ellis’ share. The new business erected a building at 120 N. 32nd St. and added onto it over the years. SEK Auto was located at 3126 Main St. very briefly while the original property was leased to another company, but other than that it has been located in the same spot.

The business has always specialized in used vehicle sales and automotive service.

“When they first opened up, they had a body shop for probably 20 years, and then they got out of the body business,” Stice said.

“Mom was probably the one in charge,” Stice joked.

Kenny Stice had worked in sales at the local Ford dealership, Poynter Motors, before opening SEK Auto. Prior to Poynter, he was a sales representative for Manner Bread Co.

“He’s always been in sales,” Stice said of his father. “I’ve learned a lot from him — him and my mom both.”

Cillizza: Donald Trump has had a VERY good 2020

Paramount among the lessons was how to treat customers and employees.

Although he’s been fully retired since 2009, Kenny Stice still drops by frequently just to check in on employees and visit with customers. Doris Stice died on Jan. 30, 2019, after a five-year battle with cancer.

The elder Stice still remembers all of the customers from the 1970s, and some still come in and reminisce with him about the vehicles they bought back then.

David Stice was only 6 when the business opened. He worked there through high school before going to college for a couple of years. Then, he and his brother, Greg, opened Parsons Auto Parts, a salvage yard still open today at 1780 24000 Road east of town. Greg Stice bought his brother’s share of Parsons Auto Parts in 1999 when Kenny Stice was ready to sell SEK Auto to his son.

David Stice has owned and operated SEK Auto since then. His wife, Terri, doesn’t work at SEK Auto, but she is a big part of the business.

Stice hopes the business can last another 50 years. His oldest son, Kaleb, is the service manager, and he’s shown some interest in taking it over, but Stice said he won’t try to force it. Kaleb Stice will have some time to think about it as his father plans to work another 10 years before retiring.

To celebrate the first 50 years, SEK Auto will have drawings every month this year. The company is giving away a Yeti cooler on the last day of every month and a grand prize in December of a set of four Cooper tires. Every customer will get one chance per $50 spent.

“It’s something to show our appreciation,” Stice said.

He is thankful for people in the Parsons area and surrounding communities for their support through the years.

“They’ve been very, very good to us, and we appreciate all the past, present and future customers,” Stice said.