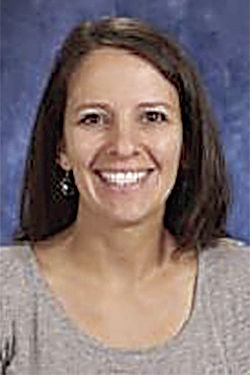 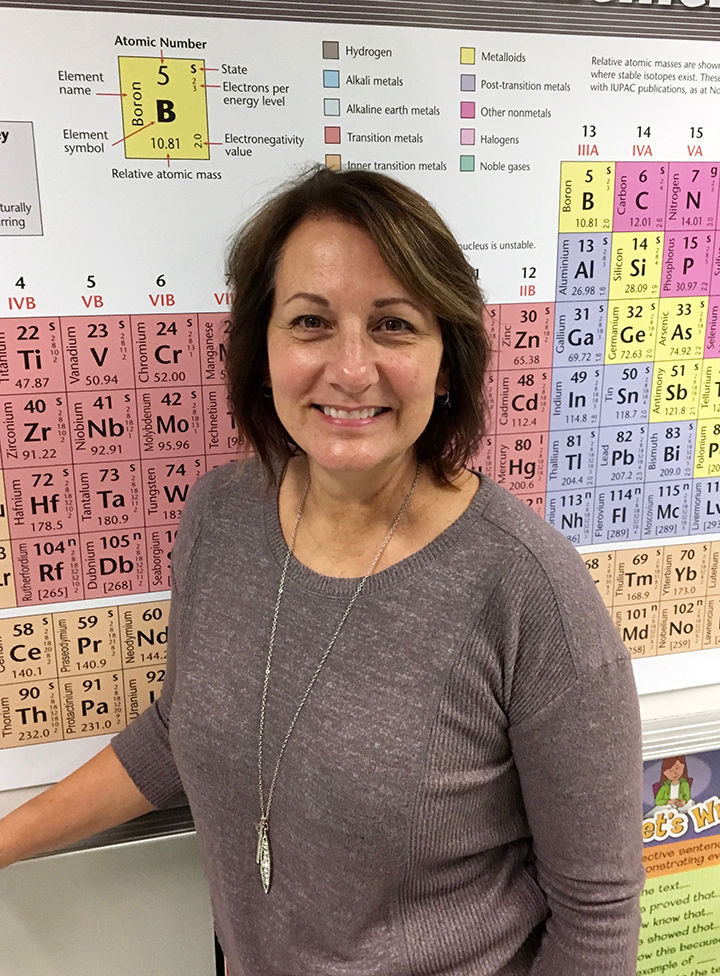 Two teachers from Parsons USD 503 recently found out they had again achieved the highest credential available to American educators as a national board-certified teacher through the National Board for Professional Teaching Standards.

The teachers were Tiffany Hicks and Michell Piva.

Hicks is a first-grade teacher at Lincoln School and renewed her national board certificate in generalist/middle childhood.

Piva is a science teacher at Parsons Middle School and also renewed her certificate in generalist/middle childhood.

“This process of board certification is similar to how a doctor becomes certified in a special area,” said Alvin Peters, the director of the program that guides teachers through working toward their national board certificates. “This is voluntary — no state, school district or program is demanding them to go through this process. That’s why — a decade after earning their certification the first time — it’s a huge commitment to say, ‘Yes, I want to do it again.’”

While state licensing systems set the basic requirements to teach in each state, certified teachers have demonstrated advanced teaching knowledge, skills and practices. National certification takes from one to three years to complete. Once a teacher achieves certification, the certificate lasts for 10 years, at which point the teacher can choose to renew his/her certificate.

Hicks and Piva were among 23 educators from across the state who went through the process of renewing certificates in 2016-17.

National board-certified teachers represent less than 1 percent of all educators in Kansas. They are among the best teachers in the profession, undergoing a rigorous process taking at least one year to complete. They are told to expect a 400-hour commitment, and less than half will achieve certification on their first try. There are 410 teachers in Kansas who are NBCTs.

There are 25 certificate areas educators can work for — ranging in content from art to career and technical education to world languages — and available at different grade levels including early childhood, middle childhood, early adolescence and young adulthood.

The process is often misunderstood to mean a teacher passed a test or was nominated for the award. Peters added, “National Board certification is a different kind of honor. Teachers must submit extensive documentation of their instruction, including videos of their students at work in the classroom.”

Rodney Coles, an equipment operator senior at the Altamont subarea office, is retiring from the Kansas Department of Transportation after 39 years of dedicated service to the agency.

Co-workers, family and friends joined Coles to celebrate his career and wish him well during a coffee on Friday at the Altamont KDOT office.

Coles began his KDOT career in November 1978 as an equipment operator at Altamont. He has maintained highways, posted guardrail and signs, mowed right-of-way and cleared snow and ice from the state highway system in the area. Coles has worked with six different supervisors through the years and was promoted to his current position of EO senior.

He plans to travel, spend time with his grandchildren in Texas and enjoy life in retirement. Coles has a son and daughter-in-law, Larry and Jennifer Coles, and two grandchildren. He resides in Parsons.

Helt has been working between the Parsons and Oswego facilities for the past 18 months and preparing for his new role as branch manager. He is taking over for Steve Lynn, who will officially retire on Dec. 31.

“Commercial Bank’s Oswego branch has been a strong performer over the years, and we felt it was important to hire someone local who could relate to and who knows our customers. We are very excited to have Mark on our Commercial Bank team and look forward to his leadership in Oswego,” Ray Jacquinot, Commercial Bank president, said in a prepared statement.

Helt attended Labette County High School and graduated from Pittsburg State University with a bachelor of applied science. Prior to working at Commercial Bank, Helt worked for a local bank as a loan officer for 3 1/2 years and spent four years as a field property adjuster for Farm Bureau Insurance, where he covered Labette, Cherokee and Crawford counties.

Helt is an active member of St. Patrick’s Catholic Church in Parsons and is involved with Knights of Columbus and Kapaun’s Men. He is also involved with Ducks Unlimited and sits on the Parsons chapter committee.

“I’ve grown up in Labette County, and it’s an honor to be able to continue to grow in my community with friends, family and neighbors as I grow with Commercial Bank. My roots are here and I’m truly blessed to have the opportunity to help and serve the communities that made me who I am today. I look forward to my future with Commercial Bank and the Oswego community,” Helt said in the statement.

Commercial Bank operates nine banking facilities in seven Southeast Kansas communities, including three branches in Parsons and one each in Erie, Oswego, Independence, Chanute, Coffeyville and Caney. Founded in 1874, Commercial Bank is a full-service bank and is consistently rated one of the strongest, most stable banks in Kansas. In addition to providing consumer and business banking services, Commercial Bank also provides trust services, wealth management and owns Commercial Insurance Agency, an independent agency with locations in Independence, Parsons and Oswego.

Siebrasse was nominated by Dr. Hal E. Hale of Wichita, a fellow and trustee of PFA. He was chosen because of his exemplary work as a dentist and for his contributions to the field of dentistry.

Sack was recognized for her work in increasing access to technology that people of all ages and all disabilities need to work, play and live in their communities.

The award was presented at the Nov. 17 Kansas Council on Disability Concerns meeting in Topeka.

The Michael Lechner Award is given annually to a Kansan with a disability who has effectively advocated for changes in his or her community to improve the lives of people with disabilities. The award is named for Michael Lechner, executive director of Kansas Commission on Disability Concerns from 1982 through 1990. His advocacy activities had far-reaching results in improving independent living opportunities for Kansans with disabilities.

Anyone wanting more information about Assistive Technology for Kansans can visit atk.ku.edu.